Beyond the frame: 3D Video Mapping for a pictorial cycle in the Cathedral of Monopoli

According to the following case study, the potentials of Spatial Augmented Reality were exploited for the elaboration of a projection mapping performance as a tool for visual storytelling, transmission and enhancement of the historical and cultural context of Monopoli, specifically through the animation of the pictorial cycle of Nicolò Maria Signorile located in the city's Cathedral.

Through the spectacular use of light, the four canvases were animated with the aim of communicating the story of the founding of the Cathedral, which narrates the landing of a mysterious raft at the city's harbor, bringing with it a sacred Icon depicting the “Madonna della Madia”, which would become a pillar of the city's community.

An ideal situation has been imagined in which the main event that drives the narration - made clearer with the help of sound-design and a narrator's voice - is related to the animation of a character depicted in the first painting, the sacristan Mercury, who decides to break the fourth wall and break out of the painting in which he is depicted. In this innovative mode of storytelling, Mercury, jumping from one painting to another and supported by an angel calling, accompanies the viewer in discovering the history of the paintings. 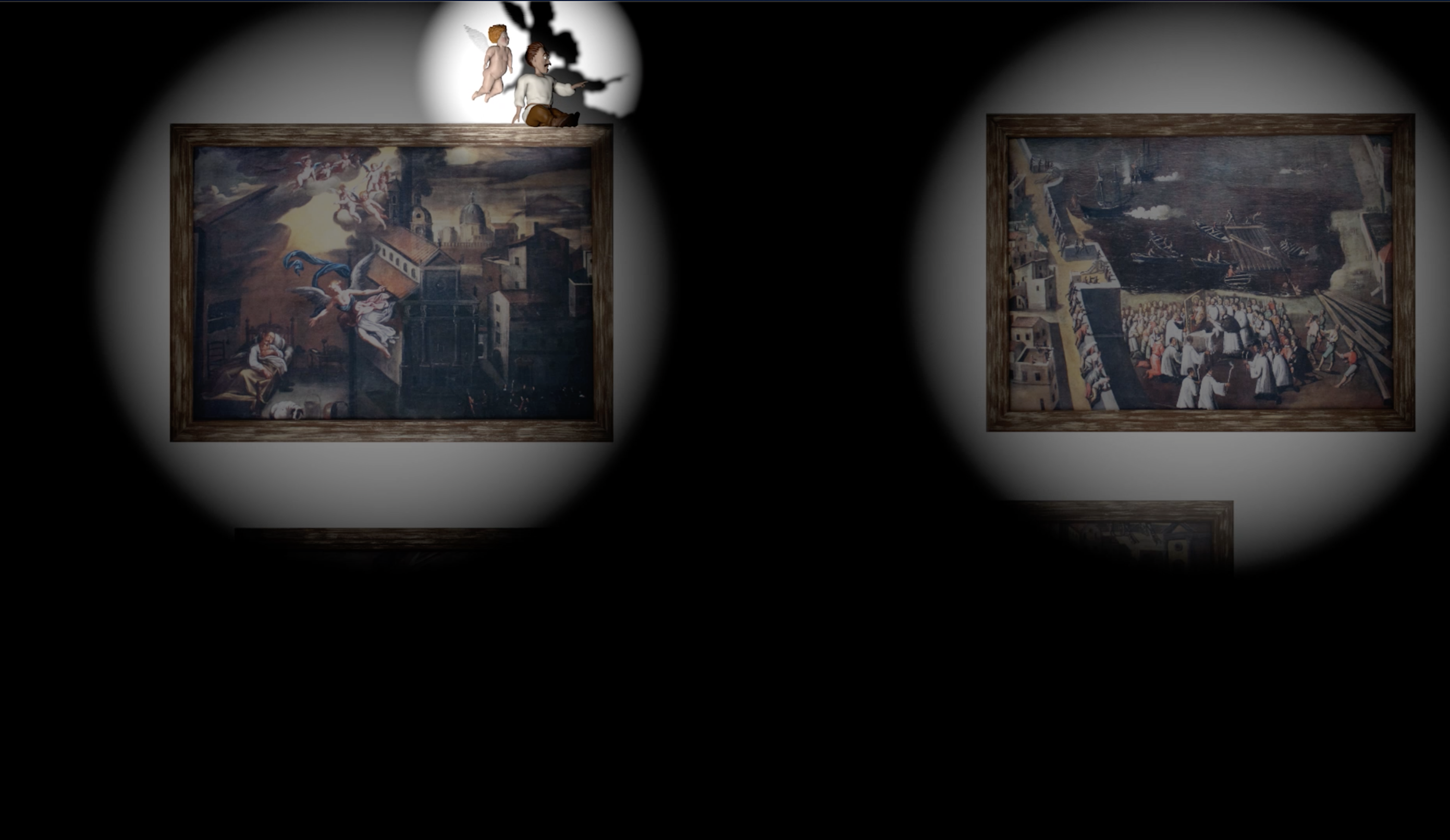