The idea of ​​”Scienza Machinale Aumentata” is to use augmented reality to facilitate the understanding of the functioning of Leonardo’s machines through a form of immediate visualization that can be used with a smartphone or a common webcam.

On the occasion of the exhibition “Il genio tra le pagine: le macchine di Leonardo in biblioteca” from 12 to 19 May, 2016 within which will be exposed part of the “Collezione Manisco” which reproduces some of the machines designed by the first illustrious engineer of all time, the Augmented and Virtual Reality Laboratory (AVR Lab), through a working group made up of students of the degree courses in Computer Engineering and EuroMACHS (European Heritage, Digital Media and the Information Society), a support to the use of the machines exposed through some technologies able to make their understanding easier and more immediate.

In particular, some applications have been realized based on the technologies of virtual reality, augmented reality and human-machine interaction:

The exhibition will therefore provide an opportunity not only to deepen the genius of Leonardo as an engineer through the machines created by Giuseppe Manisco, but also to approach these new technological tools to support the use and enhancement of Cultural Heritage. 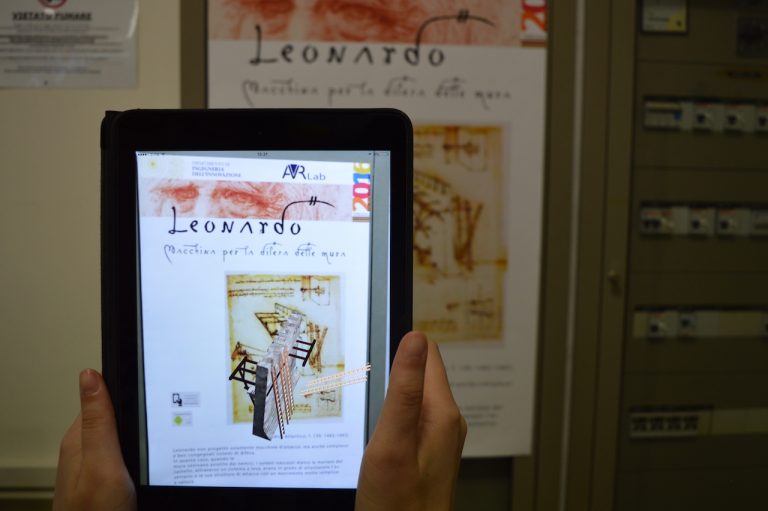